Klaus Nolting (right) says of himself that he designs "sensible products for modern human life." That is of course an elegant understatement. Actually, the designer from Hamburg is highly successful in creating room interiors and products of many different kinds.

Our design is as unmistakable as our portfolio is diverse. This is all thanks to experienced designers such as Sebastian Büscher, Jonas Kressel, Klaus Nolting and Ivo Schelle, who work for renowned clients and brands in Germany and abroad.

Their ideas, designs and experience shape the brand IP44.de. But what moves them? And what in their opinion characterizes a perfect outside light? 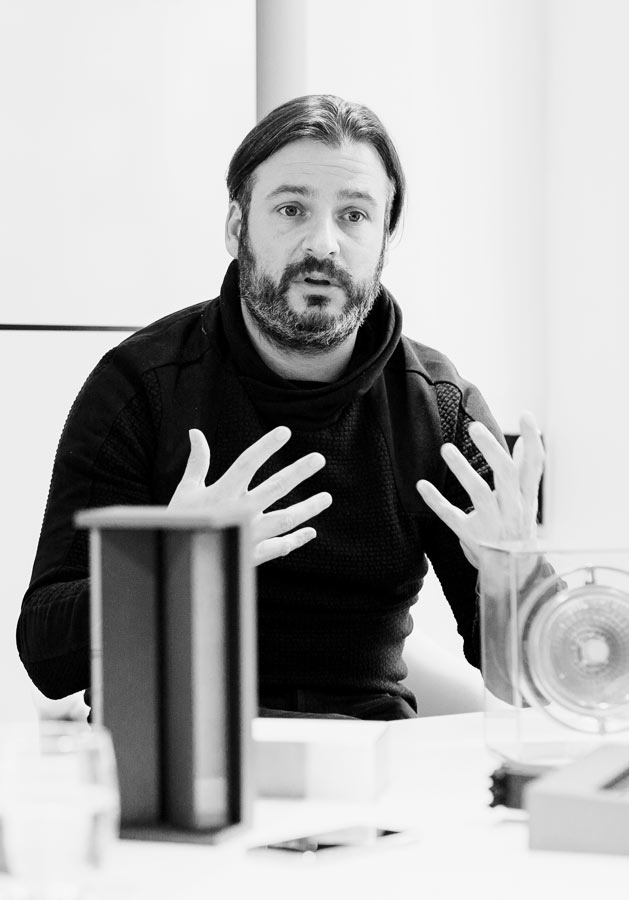 About the radiance of a good luminaire

In the past, outside lighting was purely utilitarian. Today our life takes place increasingly outside: we enjoy spending time in the fresh air and would welcome adequate lighting. Lighting that not only creates a handsome setting for our own home but which is also worth looking at in its own right.

As architect, interior designer and product designer, Sebastian David Büscher is master of both large and small shapes. His contributions to the IP44.de portfolio include the floor spotlight shot together with the ground spike luminaire piek which has already received numerous awards. 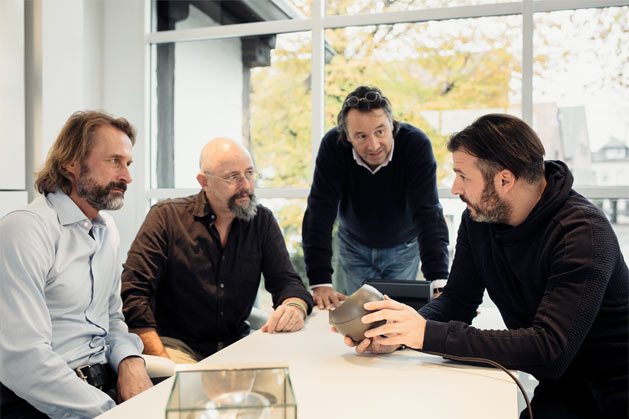 Jonas Kressel (2nd from right) and Ivo Schelle (left) are the brains behind the Hamburger design studio "kressel + schelle design".

Design is a grand plan with precision right down to the last detail. Resulting finally in the perfect solution. And that‘s exactly what makes IP44.de stand out.

Klaus Nolting says of himself that he designs “sensible products for modern human life.” That is of course an elegant understatement. Actually, the designer from Hamburg is highly successful in creating room interiors and products of many different kinds, including recently our slat, gap and pip luminaires.

About the designer's task

Every light is like a little fire. And the designer's task is to bring this fire into a certain shape.

About the outside on the inside

Outside lighting not only puts the architecture in the right light but automatically also expands the living space to include the outside. It makes you feel as if you‘re outside even when you‘re inside. It is therefore at least as crucial for good housing and living as interior light.

About the two sides of every outside light

An outside light has to prove its worth in two architectural dimensions. On the one hand, that of a luminaire body in the dark; on the other, that of a sculpture in daylight. To be convincing in both respects, it needs a soul. Our task is to constantly nd new, surprising shapes for this soul.

Jonas Kressel and Ivo Schelle have already won all major German design awards from the Red Dot to the if Design Award. They earned our full admiration with their classic luminaires lumen and ann AR111.

About the interior of outside lights

Even though it might not look like it, a lot of experience goes into a good outside light. For example, you have to know how to design its thermal management to reliably dissipate the waste heat from the LEDs. Many outside lights ignore this aspect so that the efficiency of the LEDs starts to deteriorate far earlier than it should. And instead of a functioning luminaire, you're much more likely to see the maintenance engineer.

About the value of quality

What did John Ruskin say? “There is hardly anything in the world that some man cannot make a little worse and sell a little cheaper.” IP44.de stands for the exact opposite.

When you decide to purchase an outside light, in the vast majority of cases this will be a long-term decision. And so an outside light may never be gimmicky or trendy, because trends are too short-lived. This is probably also one of the main explanations why IP44.de is so successful: its design is timeless, long-lasting and enduring.

About things that last

I remember the old cannon balls that my father used to retrieve from the field. Or the shot put balls that they use in athletics. In other words, archaic shapes. They inspired me to design the shot luminaire for IP44.de: a primeval shape, modernized with a ball-in-a-ball effect.

Does IP44.de have a design language that makes it stand out? It certainly does. At the moment you would probably call it puristic or reduced. Does that mean that IP44.de design will always be puristic? Of course not. Like every other language, that of design is also an on-going process, particularly with a design-conscious brand such as IP44.de.

About form and function

Besides having a pleasing appearance and providing attractive illumination, a good outside light stands out with a whole number of functional qualities. Among others, it must be glare-free and designed to be so durable that it withstands the full range of extreme weather conditions such as sun, frost, humidity and wind.

About users and lovers

Which user do I focus on when I design a luminaire? It‘s quite simple. Myself. As a designer, you have to be able to close your eyes and say that‘s exactly the product, the luminaire that I would want. If it convinces me, it will also inspire others. And if you‘re not absolutely convinced by your design, then you have to keep working at it until you are.

About imitators and beneficiaries

A stainless steel luminaire such as the lumen model can only be produced as a result of elaborate workmanship, and this is immediately apparent. Does that mean no-one tries to imitate us? Not at all. But do these imitators achieve IP44.de‘s class? Far from it.

About the significance of alleged trivialities

The more reduced the shape of a product, the more significant its details. Details such as perfect edges or managing without screws, for example, which would disturb the simple appearance. On the bottom line, this means a huge amount of thought processes, long discussions with suppliers and the constant struggle for meticulous manufacturing. It is tedious. And constantly awesome. 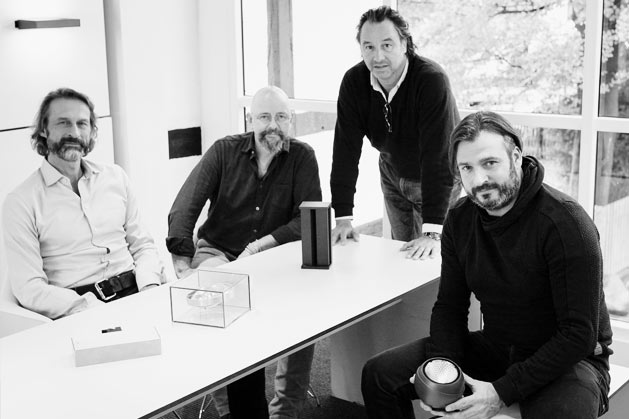 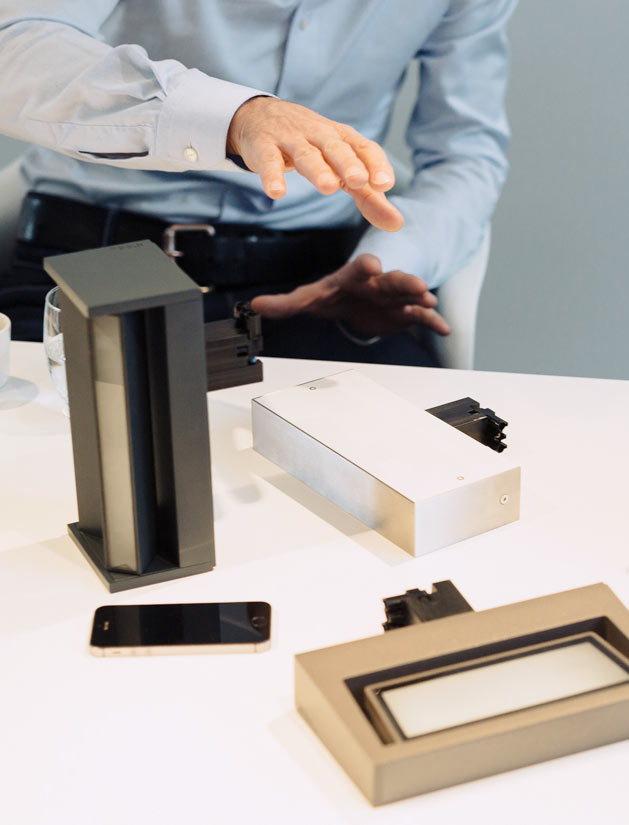