Annette and Elisabeth Schmalhorst - "Schmalhorst Leuchten International" in Gütersloh was already putting good design in the right light back in 1973.

The unusual history of IP44.DE

IP44.DE is a young and progressive company that is conservative at the same time. We are conservative when it comes to quality standards and production details. Our technologies on the other hand are decidedly progressive. And our history? Well, this has only just begun.

It all began with a question that was both clear and obvious: why shouldn't luminaires for use outside be at least as aesthetically pleasing as those we have come to love for inside our buildings? This question led to the design of our very first outside luminaire, more than 25 years ago now. Many building owners, planners and architects liked our answer so that countless other luminaires have followed, together with materials, technologies, trials and errors, as well as successes. A tentative experiment turned into a real company: IP44.DE, founded and ever since managed by Bernd Schmalhorst. What has stayed unchanged is our focus on top quality design, and our basic conviction that every place deserves great light. 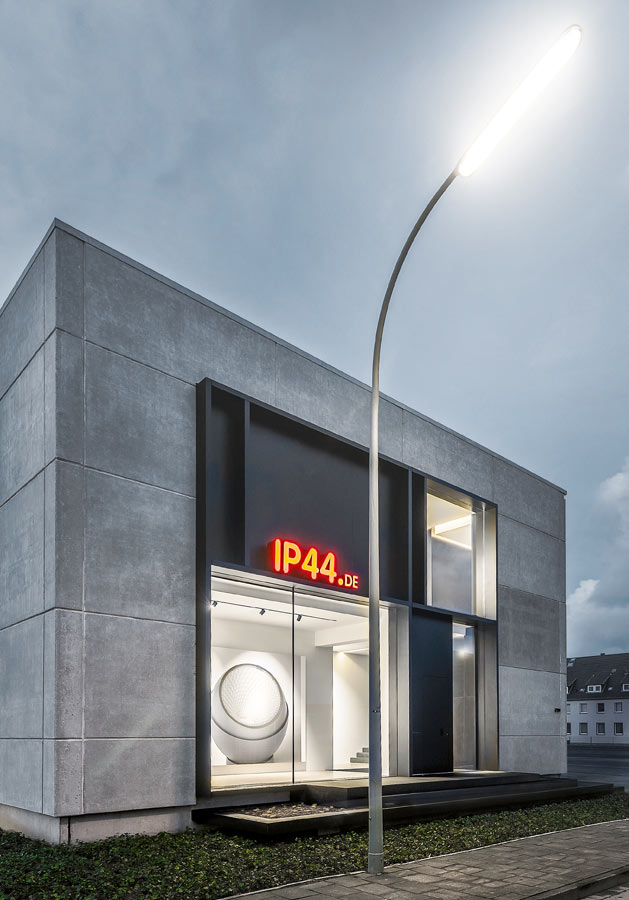 It’s not a coincidence that at first glance, people often think our outside luminaires are particularly attractive inside luminaires. After all, they are just as aesthetically perfect as the most sophisticated interior luminaires. Inside they're equipped with the most conceivably reliable technology for a long life in the fresh air. And so it is no coincidence that IP44.DE has been putting many extremely beautiful places in the right light for more then 25 years. 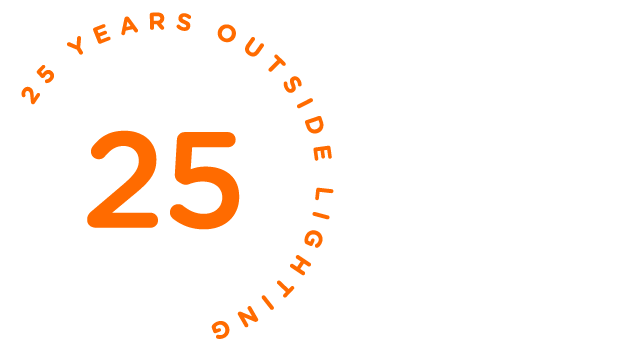 IP44.DE's history begins in 1993 in our family's lighting shop in Rheda-Wiedenbrück, East Westphalia. Back then, our specialist lighting business had been in the family for three generations. It had already handled many discerning projects and was constantly coming across the same problem: As far as outside use is concerned, there simply aren’t any luminaires that we could recommend with a clear conscience. And so one day we started to develop our own. 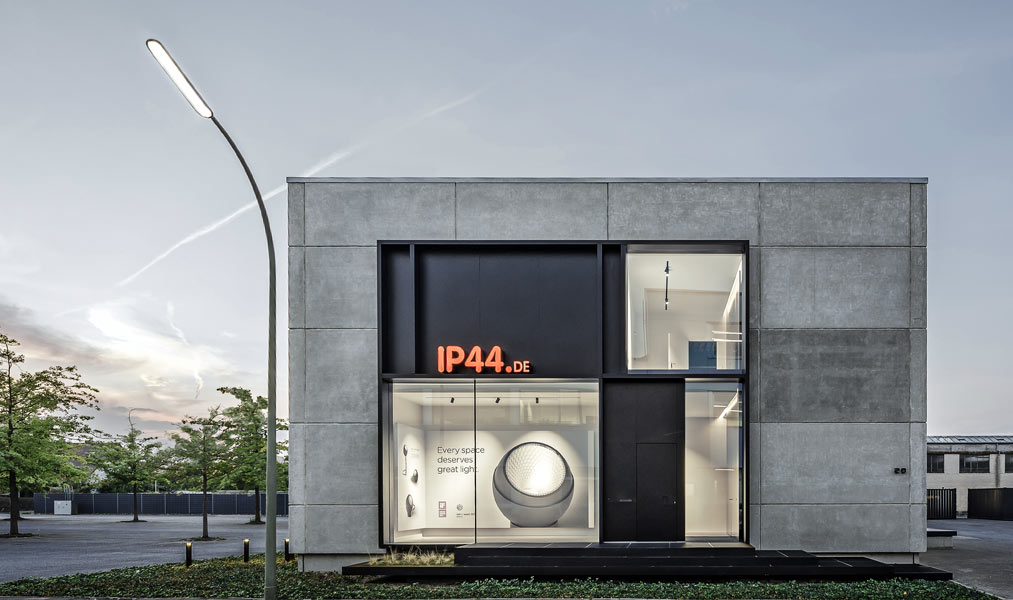 Our company headquarters in East Westphalia 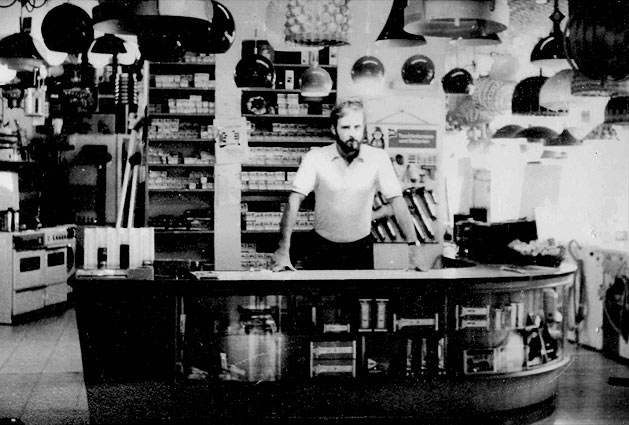 Our name is taken from a well-established industrial standard. Basically, "IP44" says that a luminaire is robust and suitable for outdoor use. Without doubt this applies to our luminaires. But right from the start, we have gone far beyond all the standards. With surfaces that are both aesthetic and durable. With imperishable materials such as glass, stainless steel or aluminium die-casting. With top quality electronic components, such as our in-house innovation IvyLight, an extraordinarily efficient, durable LED technology. And with production partners who put it all together for us in accordance with the strictest possible quality standards. And because our origin makes a statement about our typical German quality aspiration, one day we also added the "DE" identifier to our name. Since then, we've been called IP44.DE.

While the first designs were produced with our own resources, we soon decided to work together with experienced luminaire designers and their very individual ideas and concepts. This soon resulted in the first design award, to be followed by many more. After all, our outside luminaires are just as aesthetically perfect as the most outstanding interior luminaires.

At the same time, we have established our own position in the world of architecture and worked together closely with planners and architects on numerous commercial, public and private projects on a global scale. Today our luminaires can be found at many extraordinarily beautiful places not just throughout Europe but also in the USA and Asia. In fact, that's the greatest compliment we could receive.

When asked today what makes IP44.DE stand out from other, certainly respectable collections of outside luminaires, the answer usually refers to the combination of an extraordinarily aesthetic appearance with perfect functionality. 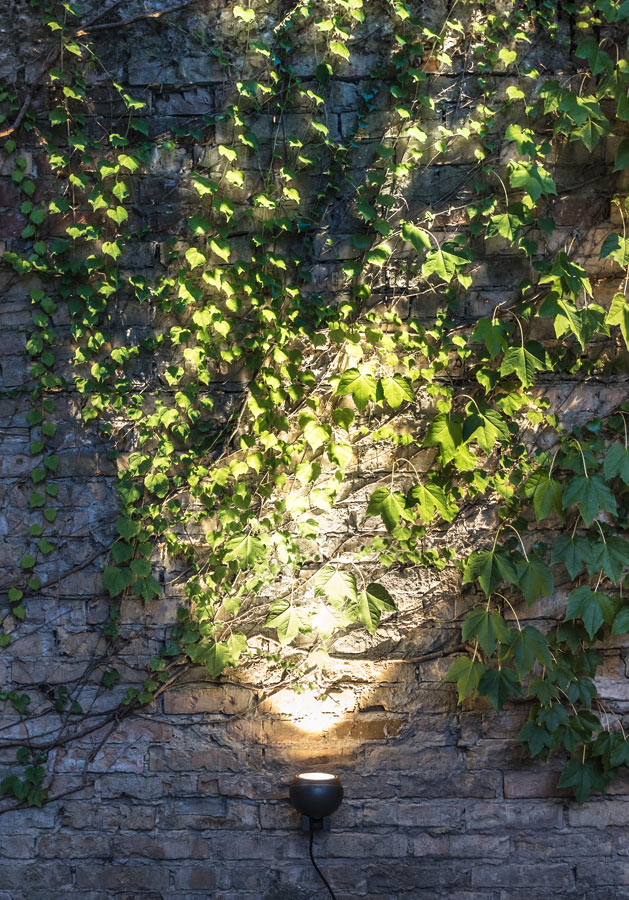 That was and is no trivial thing. After all, outside luminaires are exposed to many extreme weather conditions, with summer heat in the middle of the year, fog in the spring, rain in the autumn and cold in the winter. From material selection through to the electronic components, we design our luminaires so that they reliably withstand wind and weather for years.

For some, details like this may be irrelevant. But what did the great designer Ray and Charles Eames say? "The details are not the details. The details make the product." 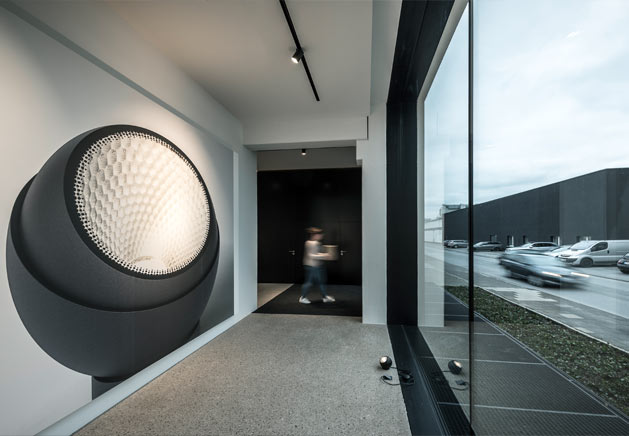 Over the last two and a half decades, we have changed constantly in the search for the evermore perfect details. The world has changed as well: today the facade, outside space and garden are considered to be an integral part of every good architecture. After all, they are the first part of a building that you see. The significance attributed to outside lighting has also grown accordingly.

On the other hand, many things have stayed the same. For example, we are still a family company. In other words, we're a small firm, which can be a drawback at times when it comes to sales power. At the same time, it is also a huge advantage because it lets us concentrate on what we are really good at: uncompromisingly perfect outside luminaires with an unmistakable design. Then as now, we only produce luminaires which we ourselves would recommend.

Our curiosity and craving for new things, as well as our delight in experimenting also remain unchanged. We are tenaciously looking for ways to make outside luminaires even more durable and efficient – true to the sentiment expressed by entrepreneur Philipp Rosenthal, who said: "If you stop getting better, you stop being good".

And so we are constantly striving to improve in every detail. Right from the start, befriended designers have supported us in our endeavours. This year for example we have been working with Klaus Nolting on two new variants of his bestseller "slat": "slat one" now comes with a single panel; as of late it is also available as "slat spike", a spike luminaire.

"shot" by Sebastian Büscher is completely different in formal terms, though just as successful. The luminaire, which resembles a canon ball or shot put ball, has now also moved onto the wall. As "shot hook" it can be fixed at any required height on the facade, and converts into a flexible uplight.

All these new developments have by no means brought us to the end of the story history of IP44.DE, on the contrary: we get the feeling that we've only just begun. And although no-one can say what will be in 25 years from now, we will be working constantly at the further development of our company, our luminaires and outside lighting as a whole. After all, we are convinced that every place deserves really great light. This aspiration is our mission. 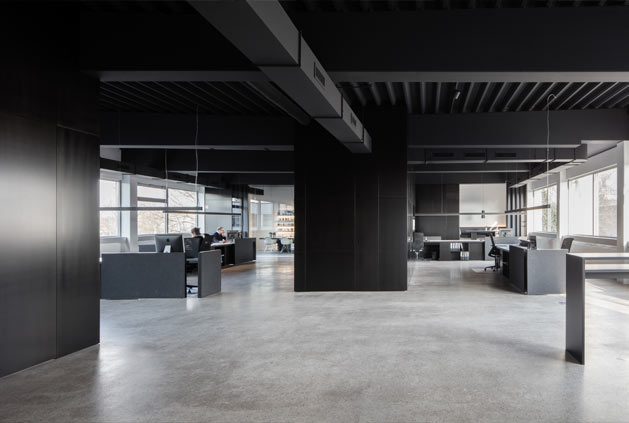 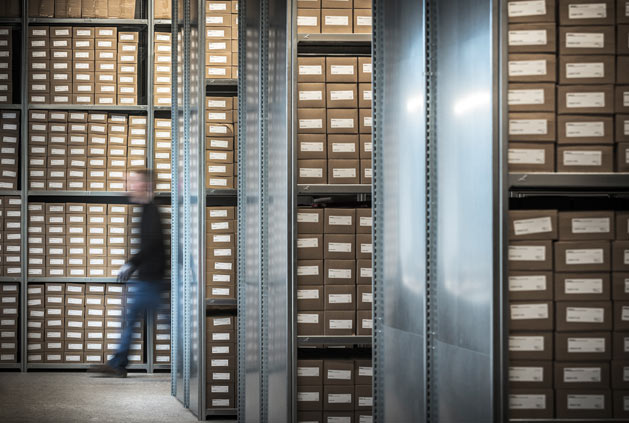 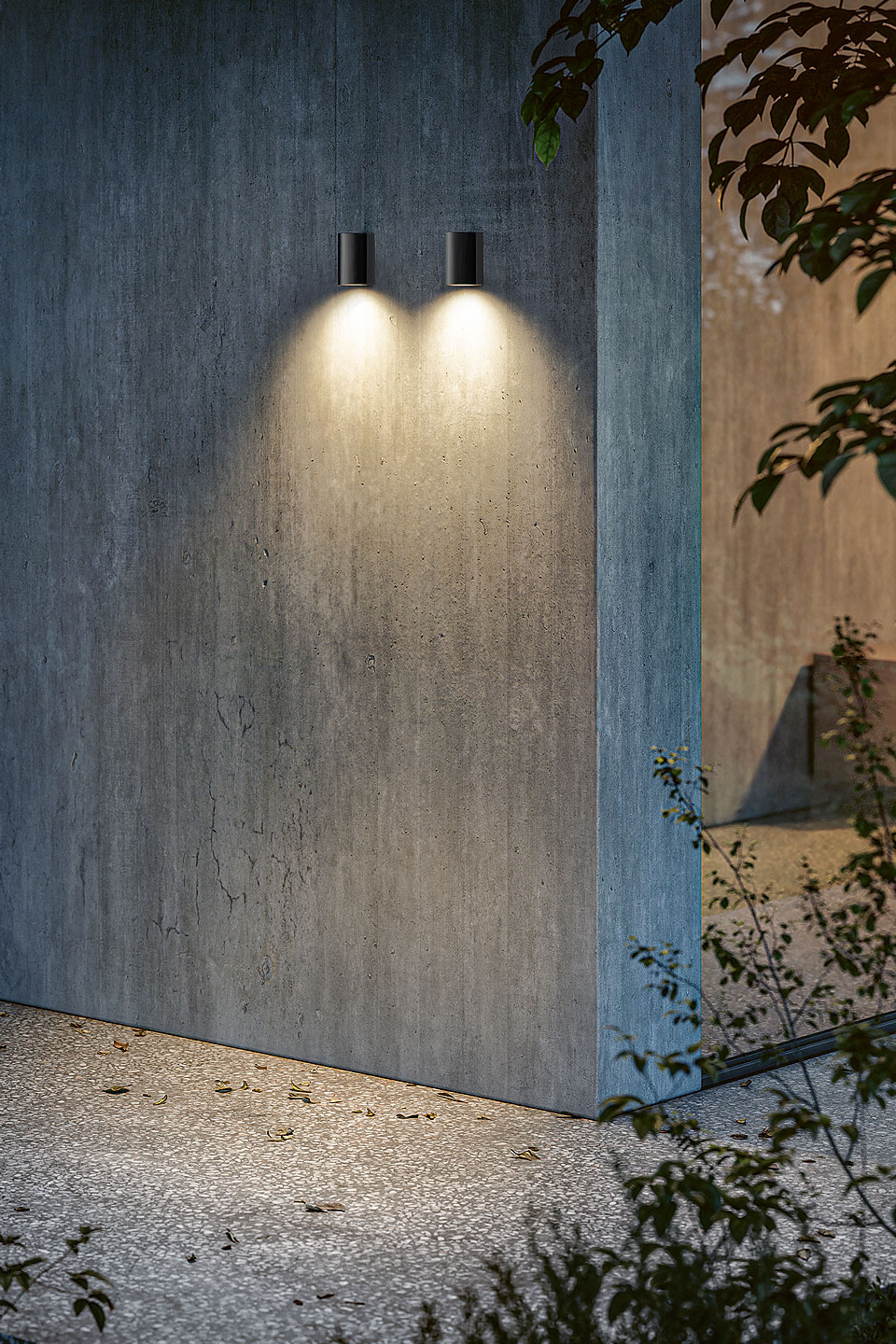 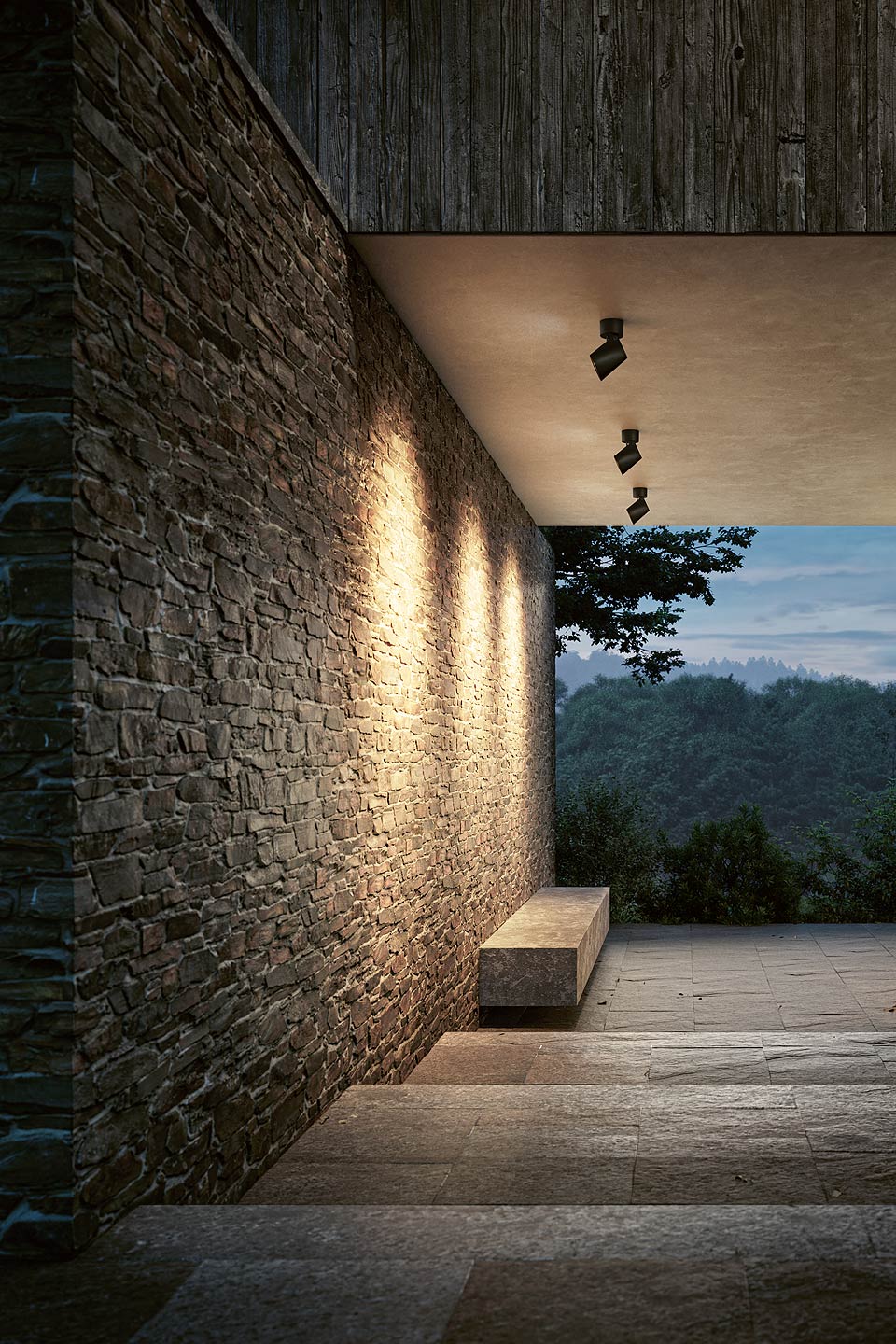 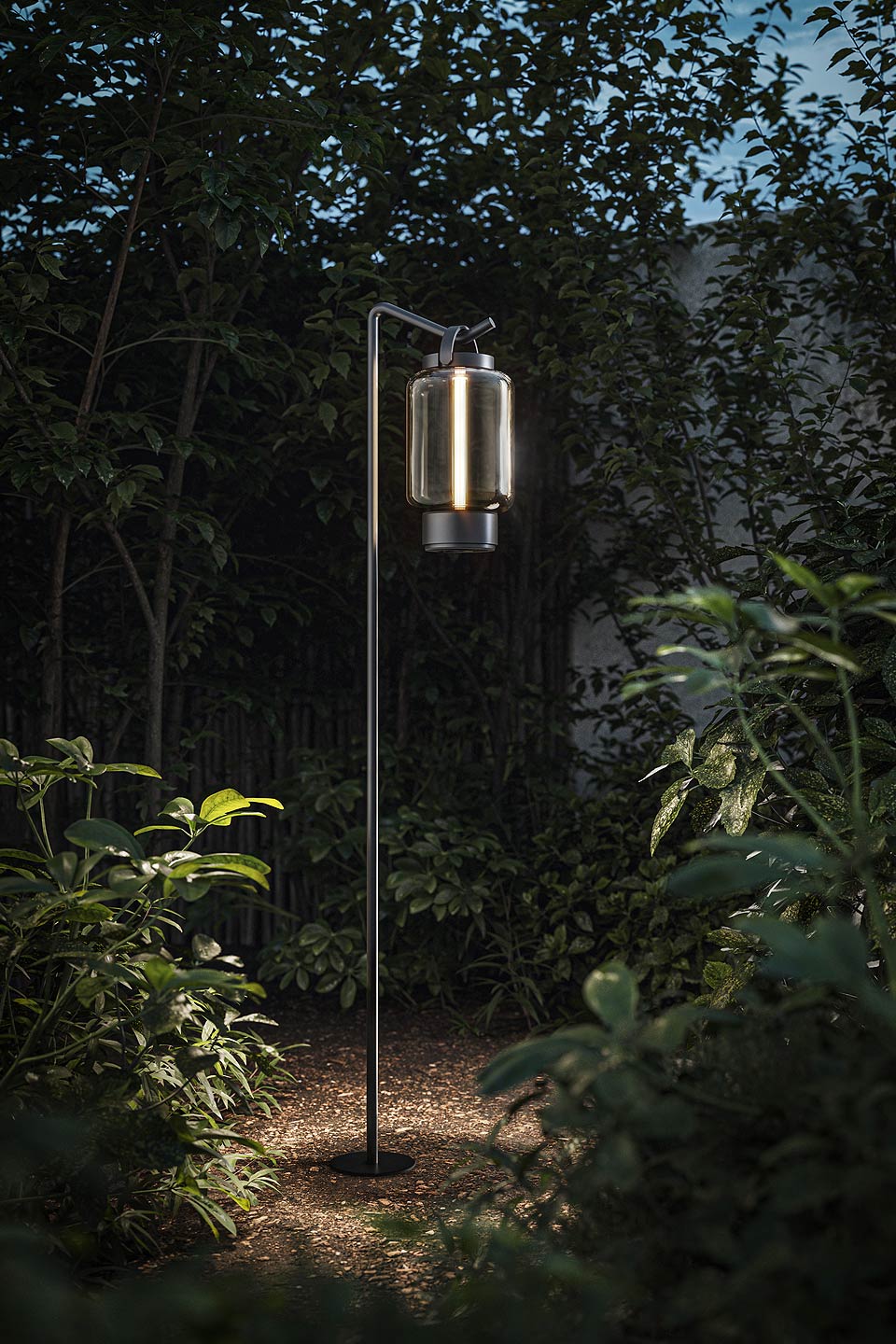 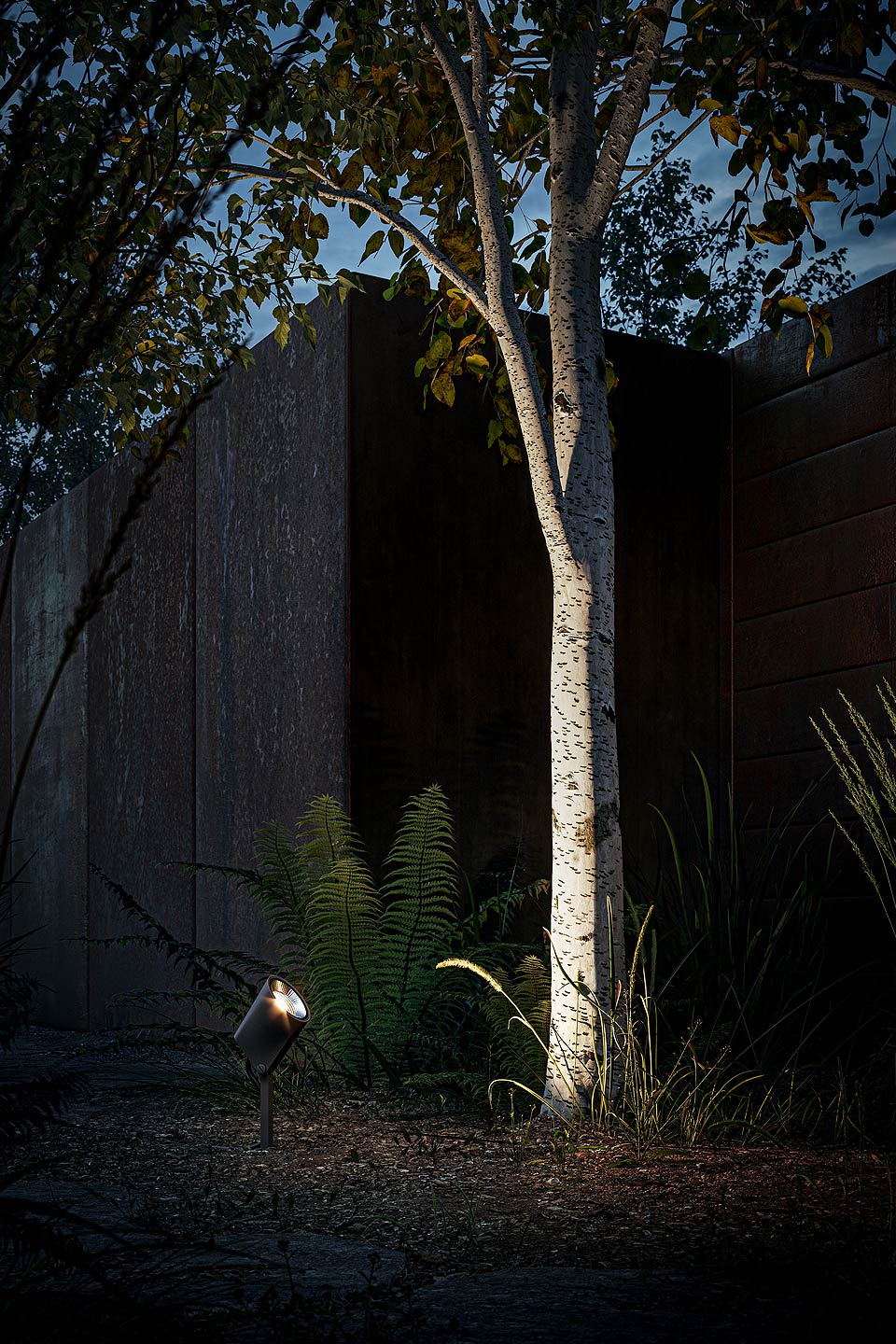 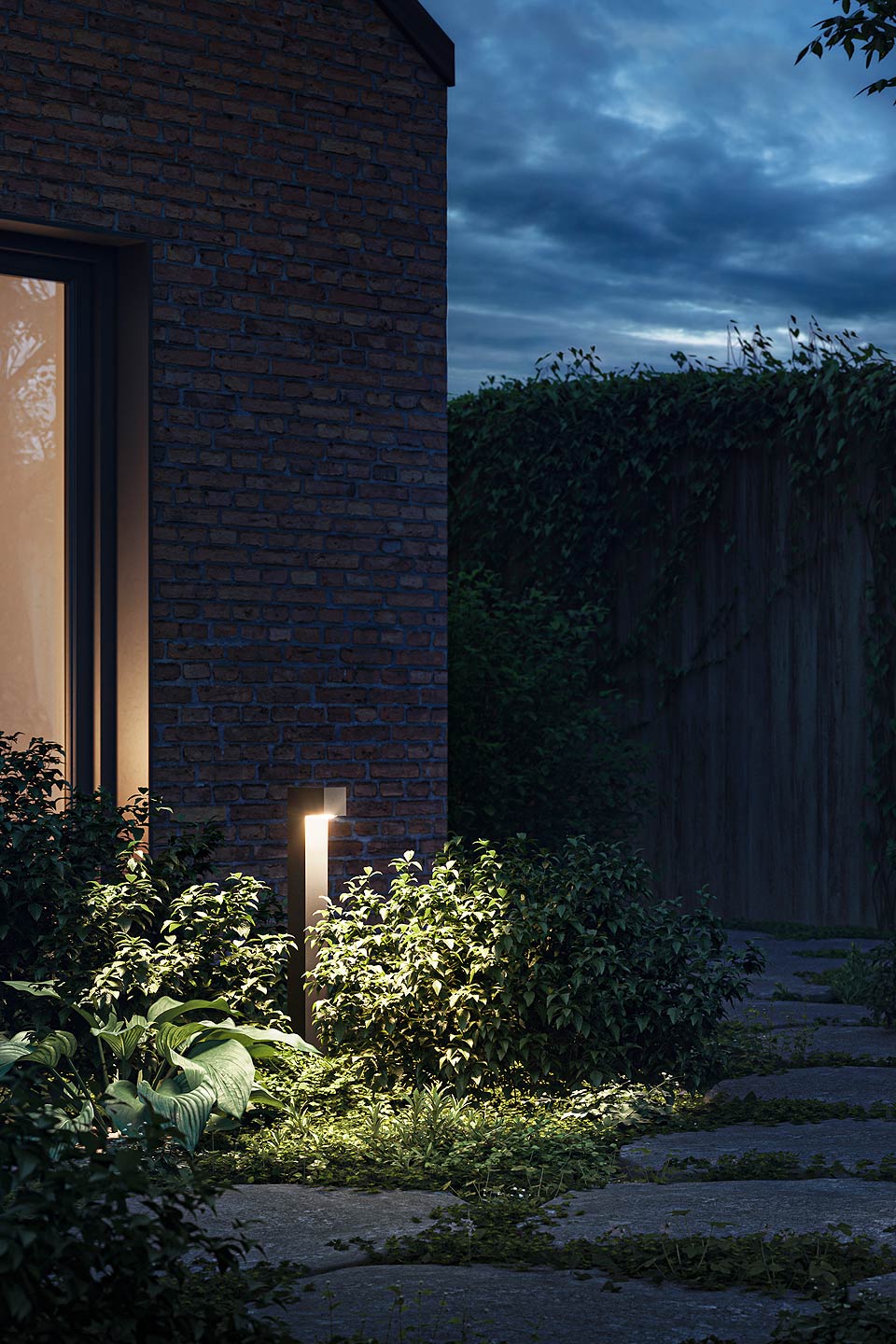 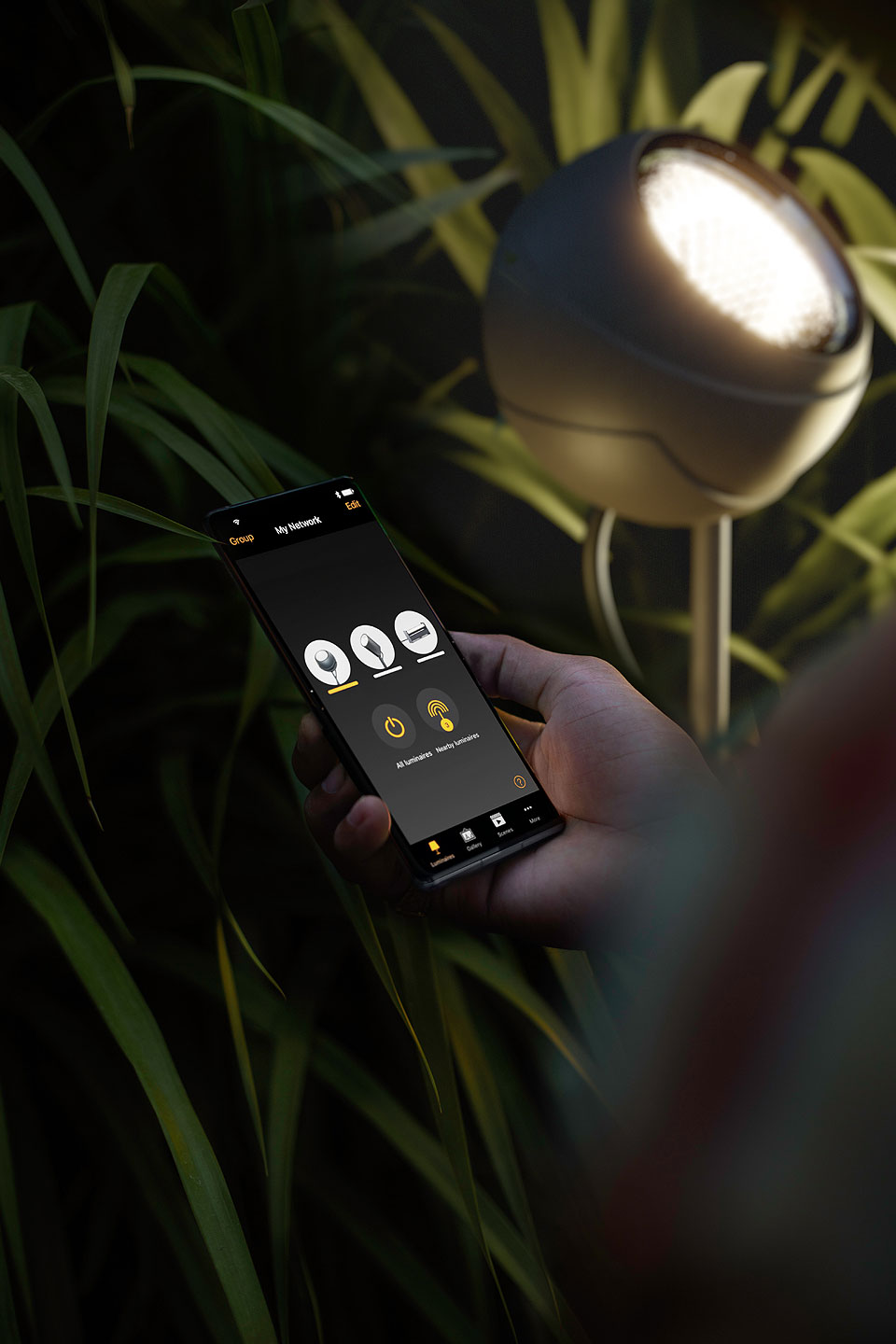